Captain's log, star date 44853.2. On route to the Yindar system to rendezvous with our guests from the Vulcan Science Directorate, long range sensors have detected a faint subspace distress beacon from a nearby main sequence system; the VSD cursory details list it as Yel-Okuh-Naukuh-Dahleh or 8-9-20. The beacon appears to be of Terran design but does not match any known registry in the computer's database. I have requested that Cmdr Onovren take charge of any investigations and subsequent operations.

As with many other adventures in Trek, the game started in the ship's briefing room following delivery of the details available. As this was the first game of our campaign I was keen to ensure that ample time was given for players to 'establish' their character's look and personality. I didn't want to chuck em in at the deep end as we're all still getting to grips with the system and a good briefing room discussion seemed perfect.
Interest was clearly piqued by the fact that we had a distress beacon from a potentially very old ship in an otherwise fairly innocuous system. The Star, effectively 'uncharted' and known by its Vulcan catalogue number in the system as 8-9-20 was a late phase main sequence star orbited by two class J planets, both of which had a significant number of moons. Heavy prominence activity resulting in extreme solar flaring caused ongoing disruption to scanning attempts but thankfully the crew had access to the Franz Boas' newly refurbished state of the art array.
The players decided that this would be an ideal time to test the capabilities of the prototype shuttle-craft onboard (as a Miranda Class ship, the crew have access to extensive shuttle bays and larger vessels. The time line is a touch early for housing a Danube so we decided it's going to be an early prototype and in line with the ones seen in the old Enterprise technical specs. This also means I get to use warp sleds!) 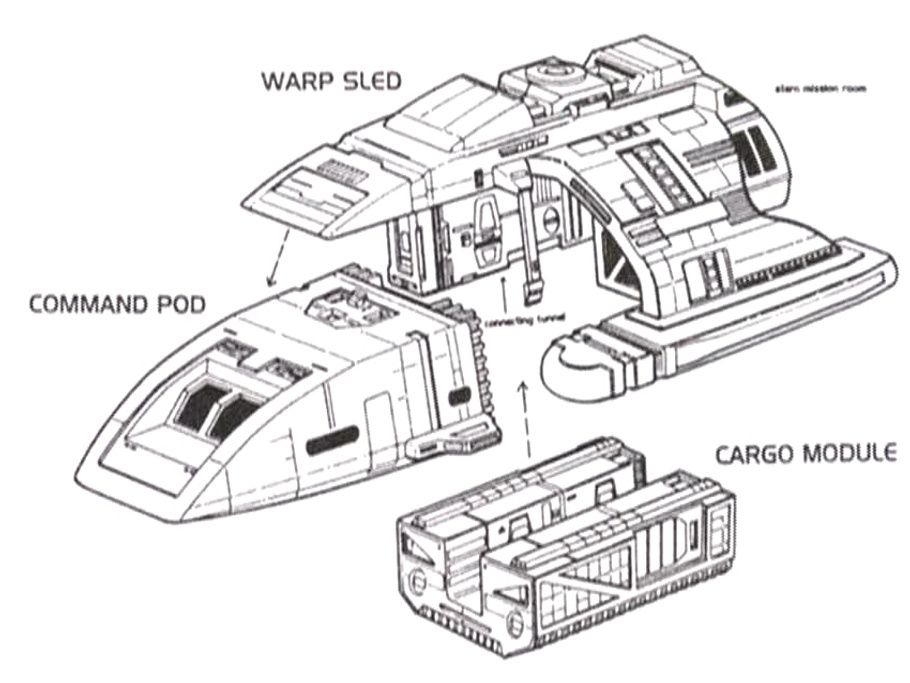 So the plan was to prep the new shuttle for emergency operations and allow the ship to continue on route to rendezvous with the Vulcans. As a modular protoype, the shuttle could be refitted with different modules to allow for more specialised mission objectives. This also fits in well with the rules system as it can work in the players favour with regards to opportunity spends and having the correct equipment to hand without the need for lengthy bookkeeping!
There was questions over detouring the USS Franz Boas to investigate the beacon as it was effectively a distress call, but given the perceived age of the signal, a decision was made that the ship could continue on route and the shuttle would be fine for investigating. There was however the puzzling point that if the Vulcans had swept the system hundreds of years prior, why wouldn't they have picked up the signal? A bit of pride in the new sensor array, couple with the distorting effects of the solar radiation were believed to be the likely culprits.

The distance to the star system allowed more time for player interactions and it was great to hear players making small quips which started to reveal bits about their personalities and backgrounds.
I always like running Trek in an episodic fashion similar to the shows. This allows players to bring forth information or quirks that we wouldn't have seen before. It also allows players to develop their characters without heavy changes or lengthy downtime. So you decided that you'd quite like your science officer to be musically gifted? Sure. Just because you haven't stated that to begin with doesn't mean it can't be so. Its just like in the show when we don't know that Riker can play a mean trombone until we do.
Anyways, back on route to 8-9-20, the crew encountered some serious power drains on the new shuttle as the shield systems kicked in to cover the increasing solar activity. Nothing dangerous, but it meant manoeuvring became a little sluggish. Not having the sensors of the ship to help, the away crew had to rely on the shorter range scanners and getting up close to discover the source of the distress beacon.  One of the moons orbiting 8-9-20-A was large enough to sustain an environment and at the lower bounds of L class (under standard Federation planetary classification systems). Dense cloud cover and a high rotational speed give rise to significant electro-magnetic shielding. It was noted that the aurora were spectacular! Orbiting this moon was the source of the beacon - a very old, and significantly damaged, not to mention considerably sized, command module from the old Terran styled colony/seeding ships...

The group seemed to really enjoy the first session and comments of, "it felt very much like Trek", were very reassuring for me; particularly given that some of the players are very much died in the wool Trek detail nerds (not that this is a bad thing by any stretch!). It does mean that one needs to spend a bit of time managing expectations in the details and technobabble. The system works well overall but I have misgivings about momentum and threat and how I, personally, manage this. I'm a GM that normally tries to avoid rolling whenever I can. The downside here is that this prevents the players from opportunities to generate momentum. In the short term I've made it clear that I'll try to allow rolls when it doesn't break the immersion of 'roleplay' to keep the game flowing. Longer term I might just start to pepper in momentum gains when it feels appropriate. Either way, I've got high hopes for the game going forward.
at September 15, 2020

Captain's log, star date 44853.2. On route to the Yindar system to rendezvous with our guests from the Vulcan Science Directorate, long ... 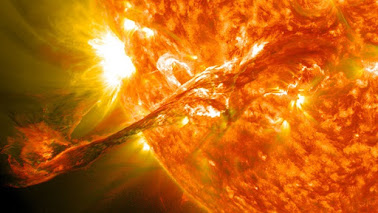